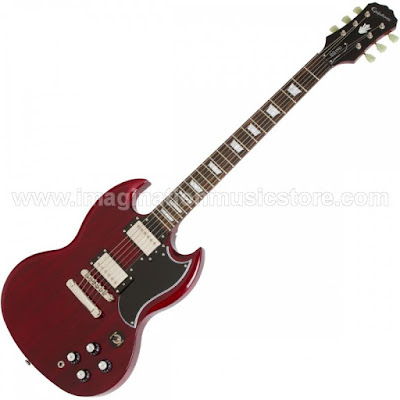 The Epiphone G-400 Pro solidbody electric guitar is a faithful reproduction of the legendary Gibson SG. One of rock 'n' roll's mainstays since the beginning, the SG is a lean, mean music machine known for its sustain and fat tone. Just ask Pete Townshend of the Who, Angus Young of AC/DC, or Tony Iommi of Black Sabbath - and don't forget the legendary SG Double Neck that Jimmy Page favored for Led Zeppelin's live performances of "Stairway to Heaven"! With its solid mahogany body, SlimTaper neck, and separate volume and tone controls for each of the high-output humbuckers, the Epiphone G-400 Pro delivers the bite, tone, and comfort you need for serious rockin'.
Epiphone G-400 Pro Solidbody Electric Guitar at a Glance:
A classic electric guitar
The Epiphone G-400 Pro solidbody electric guitar has a fascinating backstory. It's hard to believe that by 1961, Gibson decided to discontinue the original Les Paul guitar. Their motivation is unclear. Weak sales? The urge to try something new? In any case, the first SGs were actually called Les Pauls, but Les himself wasn't in favor of that for a variety of reasons. So, in a bold move, this solid guitar was renamed SG, which stood for, uh, solid guitar. A few years later, Gibson started making the original Les Pauls again, but the SG proved so popular that they kept making them. The reason is easy to understand. It's actually quite a cool-looking instrument, delivering the classic humbucker sound for people who don't particularly want or need a Les Paul. The SG is also a much lighter-weight instrument, yet it doesn't cut corners. You still get the mahogany body and a pair of hot humbuckers that deliver all the warm, fat tone you could ever want. The SG is thought of as the archetypal rock guitar, but it's actually used across all genres of music; its double-necked incarnation is the only guitar John McLaughlin ever used in live performance with the original Mahavishnu Orchestra. The Epiphone G-400 Pro continues the tradition - with amazing affordability.
Fast-playing neck
The Epiphone G-400 Pro has a SlimTaper mahogany neck. Early Les Pauls had huge necks, but by 1960, the neck underwent several modifications until it became what's known as the SlimTaper design. The SG took it one step further, making the neck among the fastest ever designed. Hey, Frank Zappa played one, and the guy had some wicked chops. If you like the combination of a fast mahogany neck and the warmth of a rosewood fingerboard, then you'll love the Epiphone G-400 Pro.
Fat, smoking humbuckers
The Epiphone G-400 Pro packs humbucking power. When you really want to cook on a solo or deliver some thunderous power chords, you reach for a guitar that has a pair of humbuckers, right? Forget all those thin out-of-phase guitar sounds that session players overused in the 1980s and (sad to say) right through much of the '90s. That's not for you. Your sound is all about the warmth, punch, and midrange complexity you can only get from a pair of humbuckers, and the Epiphone G-400 Pro comes with a pair of Alnico Classic Pro humbuckers. You get uncompromising power whether you're playing rhythm or digging into a solo.
Epiphone G-400 Pro Solidbody Electric Guitar Features:
Play a classic solidbody electric guitar: the Epiphone G-400 Pro! 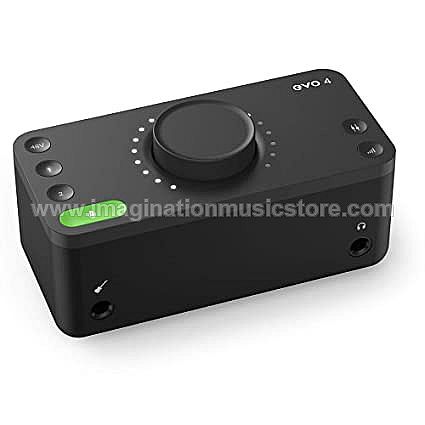